Take your own approach

There are neither right nor wrong ways to film weddings. However, you need to carefully analyze everything about the day: the structure, the people, and the details. It affects the way I shoot. My approach is based on four concepts:

Simplicity: keep it as simple as possible, both in-process and in communication, filming, and editing.

Discretion: I think ideally no one should really know that you are filming. I will come back to this aspect later.

Speed: You need to be able to move freely and capture your scenes creatively.

Character: you must also be able to create your own working conditions: all your videos must bear the mark of your creativity.

Real movies require a lot of control over everything. Characters and locations are chosen, scripts are written and everything is carefully orchestrated. If something doesn’t work, the scene is resumed. However, as a videographer specializing in wedding videos, you have virtually no control over these main aspects: the characters, the places, and the lighting are not in your hands. In fact, these constraints can be turned to your advantage. Film it as if it were a documentary, rather than a blockbuster movie. Remember, this is a couple’s special day, not a movie set.

A minimalist approach allows you to move more freely. And it will give you more time to compose the shots. Not to mention, you won’t attract attention.

Use materials you know well

You often see videographers showing up to a wedding with six lenses, or even more, including huge telephoto lenses. For my part, I usually limit myself to two lenses: an 85mm lens for 95% of the day and a 24mm wide-angle lens. I am thus very familiar with this configuration. By using just one focal length for most of the day, I instinctively know what my images will look like, even before activating the camera. Master the use of a few goals, and your results will improve. Your processes will speed up, and you will be forced to limit your compositional choices. 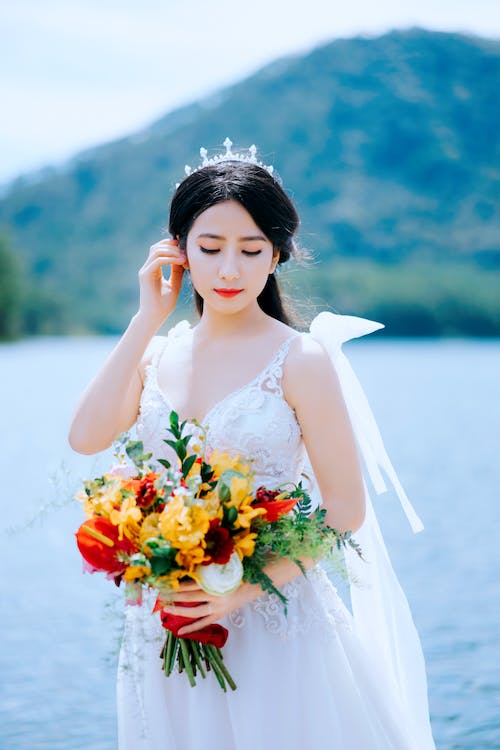 The general public doesn’t seem keen on the clichéd idea associated with the 1990s of a huge video camera that records everything at a wedding. While technology offers an incredible choice today, from drones to Steadicams, take the time to think a minute before you jump in. Don’t be the one in the way, circling the dance floor. Nor the guy who makes the noise of a helicopter that annoys everyone. Or the girl dragging a big, fluffy microphone that makes it clear that whatever you say will be recorded. Try to limit yourself to your camera. Learn how to use it correctly: it could be the best decision of your career.

I take an approach that is more of a documentary type. I still believe that the results can be very cinematic. Here are some ideas to try.

Add a dimension of freshness with sound

Capturing great sound doesn’t have to be complex. I’m not suggesting you install a big microphone on top of the camera. It just draws attention to you and makes people nervous. For ceremonies and speeches, keep it simple. I place a small audio recorder in the speaker’s pocket and put a lapel microphone in their jacket. It’s small, easy to do, and the result is great. Choose a new sound approach. Be aware of surrounding sounds, such as wind, cars on the gravel driveway, birds, or traffic. Rather than trying to record these sounds, write them down and add them later by selecting them from online banks. It costs next to nothing and will save you 30 minutes of work. In addition, the result is usually better.

Knowing how to tell a story is an essential skill for improving your art. Be non-linear, get out of the film presentation which just unfolds with a beginning and an end. Several videographers dot excerpts from the ceremony and speeches throughout the film, helping to tell the story of the day. Be as dynamic as you want with the arrangement of snippets. Try to start and end your dance video. Or, incorporate footage from the setting up of the event or comments with the bride and groom the day before. There is no rule you have to follow! It’s also a good idea to include B roll footage for each narrator. For example, as the father of the bride discusses his beautiful grandchildren, present sequences of these at the same time. This is a great way to introduce different people to the audience. I also like to capture elements for posterity. It might sound strange to film newspaper headlines, cell phones, or even Great Uncle’s car, but twenty years from now, it’s those little things that will bring your wedding video and photographer to life. Try to pretend that you and the couple are visiting a country for the first time. When we film scenes overseas, our eyes are on the unique aspects of the architecture and the region around us. This is what I call “postcard image theory”. However, when we film in our own country, we take everyday objects for granted. Look at the beauty of everything and capture it creatively.

2021-01-09
Previous Post: Nestle Cerelac With Introducing Saltish Flavors
Next Post: Things you should have for your cat

Comments are closed, but trackbacks and pingbacks are open.

© Project Due All rights reserved