The French Bulldog is a stocky little dog full of spirit and always in a good mood. He loves clowning and entertaining his family, which he loves above all else. This straightened-eared companion attaches easily and is in dire need of company. For the French Bulldog to be happy, he needs a present and caring master.

Food for the French Bulldog

Because of its massive head, upturned snout, and short upper jaw, the French Bulldog tends to swallow its food without chewing it. This creates a digestive sensitivity, which results in stomach rumblings and flatulence. It, therefore, needs a high-quality diet, adapted to both its digestive fragility and its powerful musculature.

The quantity and type of food of the French Bulldog depend on its weight, age, health, and level of physical activity.

Behavior and character traits of the French Bulldog

The French Bulldog is a friendly, entertaining, and affectionate little dog. The excellent family dog, he enthusiastically shares children’s games and is gentle with them. He is a faithful companion, who worships his master. He demands a lot of attention from him and can’t stand loneliness.

Most French Bulldogs are kind and respectful to everyone (human as animals). Others are simply politely reserved for strangers, but never aggressive. Some male French Bulldogs may bicker with other dogs of the same sex.

It is a breed that barks very little, except to announce the arrival of visitors. This is how a vigilant little guard is.

The French Bulldog is rather stubborn, which makes the training difficult. Great sensitive, he must be educated with gentleness and patience. He is receptive to early and persistent education, which includes rewards as motivation. In this case, he quickly understands what is expected of him. 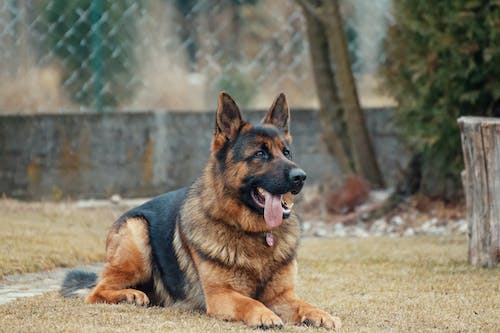 The puppy is particularly energetic; He loves to play ball. The French Bulldog is perfect for apartment living. His favorite activity is to stay at home wisely and be pampered. However, he will always be ready to clown or for a walk in the cool climate. This dog is not designed to jog with its owner, much less if it is hot.

Watch out for the pool and streams; Because of his stocky body and heavy head, the French Bulldog is unable to swim and can drown.

The grooming of the French Bulldog is simple and fast. The maintenance of his coat is limited to a weekly brushing. It is advisable to massage your coat with a rubber glove to bring down the dead hair.

It is important to regularly clean the creases on your face with a suitable wipe, as dirt and moisture are quickly embedded in the face and can lead to skin infections.

The eyes of the French Bulldog are very delicate. They should be cleaned often to prevent irritation. Don’t forget his ears, as they are always upright and get dirty easily.

The hair loss in the French Bulldog is slight. For more information, see Dog Hygiene and Grooming.

Comments are closed, but trackbacks and pingbacks are open.

© Project Due All rights reserved